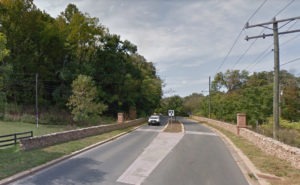 This committee is monitoring the issues arising from Loudoun’s arterial roads studies and subsequent road projects, and the county’s emphasis on expanding capacity to facilitate more interstate traffic, induced demand, and sprawl development. That approach threatens Loudoun’s tourism economy, local small businesses that serve it and is at odds with citizen’s clearly articulated desires for low growth and preservation of historic and scenic assets.

The committee advocates for a balanced, comprehensive approach that instead focuses on county adoption of the regional Transportation Planning Board’s Visualize 2045 aspirational goals, exchanging its current level-of-service metrics for vehicle-miles-traveled metrics, better addressing cut-through traffic on rural roads and through historic villages, and improving safety using flexibility in highway design standards that mitigate or remove negative impacts to heritage and environmental assets. Those assets are vital to the county’s vital tourism economy. Loudoun’s rural transportation planning must begin  with citizen’s vision for their communities’ futures.

Route 15 North. The committee first has reviewed the Route 15 North projects. The 2015-2019 Board of Supervisors approved 4-laning Route 15 from Leesburg to Montresor Road (Phase 1), and 4-laning Route 15 from Montresor to Lucketts and sharply restricting local access to Wilt Store Road (Phase 2). Phase 1 is funded and in progress. At the February 2, 2021, BOS meeting, agenda item 7 proposes that the county vote to affirm the scope of the 4-laning project.

County staff have not incorporated recommended changes from Coalition partners Journey Through Hallowed Ground Partnership, Piedmont Environmental Council, and Catoctin Coalition. The county removed federal funding from the project to eliminate the need for federal oversight through the National Environmental Protection Act.

Because no state funding is involved, there also is no oversight from the Commonwealth Transportation Board or the Secretary of Transportation.

Current committee documents regarding Phase 1 and 2 include:

A Case Study of the Route 15 North highway expansion project

At its June 1 BOS meeting supervisors voted to support the County staff work plan that puts the Comprehensive Plan Amendment (CPAM) to 4-lane Route 15 to Lucketts and restrict access further north as its No. 2 priority–ahead of preparation for Metro opening in Loudoun and all other priorities except for the Dulles Airport Impact Overlay District. On June 23 County staff held a one-hour public input session on the CPAM, with public comments open until July 23. See this county webpage for more information. No Lucketts village planning will be undertaken by the county as part of this effort. The Virginia Department of Transportation is planning a 90-minute July 29 virtual presentation on its plans for spending the remaining $2 million in federal funds earmarked for Route 15 safety. Public comment will be open through August 9.

At the March 16, 2021, BOS meeting supervisors voted 8-1 to initiate a Comprehensive Plan Amendment (CPAM) to widen Route 15 to a 4-lane median-divided limited access expressway from Montresor to Lucketts, with a bypass on either the west or east side. Access further north (to St. Clair Lane) would be limited; a signal would be placed at the intersection with Lovettsville Road, close to the Potomac River Bridge. DTCI staff said the process would take 10 months and would include some form of public input.

Route 15 South. On April 22 Loudoun held an online public input session regarding concepts for improving Route 15 from the southern Leesburg town line to the Prince William County line. Options each intersection studied include roundabouts or turn lanes and signals. Citizens have until May 21, 2021, to take a survey to express their preferences for the options at each intersection and the location of a proposed multi-use trail. The documents can be viewed here. You may submit comments online, by email, and by taking the online survey.

The first survey question merits addressing in an email to DTCI, because it does not provide an alternative to the broad paved shoulders “standard VDOT shoulders” that promote higher speeds on rural highways. Stabilized grass geogrid shoulders provide the same stable surface for breakdowns and enforcement, but because they are grassed, reduce drivers’ perception that higher speeds (speeding) is “safe.”