The Loudoun County Board of Supervisors has scheduled a public hearing on proposed zoning changes to the county’s Steep Slopes rules for 6 p.m. Wednesday, June 10, in the county government center in Leesburg. Please come to make your voice heard.

The changes, proposed by the Zoning Ordinance Action Group (ZOAG, a board appointed by the Board of Supervisors). would open hundreds of acres of fragile landscapes to more intensive development.

The Executive Committee of the Loudoun County Preservation and Conservation Coalition opposes the proposed zoning changes for Steep Slopes (ZOAM 2014-0004) whose purpose is to open up additional land for development. We support those changes which are designed to make the Steep Slope zoning regulations more efficient and easier to administer including the elimination of “man-made” steep slopes from regulation, the addition of geo-technical studies, and the clarification of agricultural operations.

We oppose adoption of the following Zoning Revisions to the Steep Slopes Standards Section 5-1508:

The Board of Supervisors in considering these zoning changes will be deciding whether Loudoun’s 15,600 acres of Very Steep Slopes are a vital environmental asset with economic benefit or simply engineering challenges to be overcome to accommodate development as the ZOAG proposals imply. If these amendments are approved it will mean 653 properties in Western Loudoun potentially could be effected and 470 acres of Very Steep Slopes could be lost to development along with 235 acres in Eastern Loudoun.

THE RATIONALE FOR STEEP SLOPE PROTECTION

Inappropriate Expansion of the ZOAG Mandate

The ZOAG Mandate from the Board of Supervisors was to prepare amendments that “make the zoning ordinance more business friendly.” However, the ZOAG has gone beyond this mandate in order to open up fragile Steep Slope land for additional development that would not otherwise be permitted.

The Economic Objections to the Proposed Zoning Changes

The Board of Supervisors has recognized that residential development does not pay its costs in property taxes. Additional residential development on steep slopes, permitted through the proposed zoning changes, in rural Loudoun will occur By-Right so no proffers will cover the County’s cost in capital facilities required for single family houses.

Furthermore, there could be substantial economic losses from increased flooding, loss of ground water recharge area, increased stream pollution and erosion as well as possible problems with septic systems.

The General Plan Conflicts with the Proposed Zoning Changes

The General Plan in Chapter 5 on The Green Infrastructure sets the rationale and policies covering Steep Slopes and Moderately Steep Slopes. It states:

If improperly used and disturbance occurs, these areas could experience erosion, building and/or road failure, downstream flooding, and other hazards. For this reason , the grade of a steep slope is often a factor of unstable soils. Development on steep slope often requires high volumes of clearing and cut and fill. Such earth moving is subject to erosion and sedimentation that causes adverse effects on surface water quality and aquatic habitat.

Steep slopes represent a resource as well as a constraint to development. Steep slopes protected as part of a river and stream corridor or mountainside often serve as forested and vegetative areas that filter storm water run-off and support various plant and wildlife habitat.”

The Environmental and Engineering Objections to the Zoning Changes

Preserving the structural integrity of Steep slopes is important. Destroying the plant cover on steep slopes allows rapid storm water run-off, increased sedimentation and erosion which in extreme cases can lead to landslides. As soil is lost, fewer plants and animals are able to survive on the slope leading to reduced bio-diversity. Very old trees are often found on steep slopes and these trees are part of our natural heritage. Maintaining the structural integrity of Steep Slopes also preserves the aesthetic value of view sheds which in turn contribute to property values and supports the tourism value of the scenery.

In both steam and upland areas, the threshold of instability on a slope (amount of steepness where instability is a concern) is highly variable and dependent on the soil type, vegetation, length and age of the slope.

Do Not Allow Additional Uses or Activities on Steep Slopes

This regulation, currently, limits land disturbance in Very Steep Slope areas to the specific uses and activities listed in the Steep Slope Standards. The revision proposed would allow any permitted use or minor special exception use in the underlying zoning district be allowed by Minor Special Exception in the Very Steep Slope areas.

We agree with the County Staff position in opposition to this revision which states: “County Staff does not support the draft text proposed by ZOAG, which is not consistent with the Revised General Plan, Chapter 5, Steep Slopes and Moderately Steep Slopes, Policy 1 which seeks to limit environmental impacts by prohibiting land disturbance on Very Steep Slopes. Allowing more uses in Very Steep Slope Areas will increase development and land disturbance in areas that are recognized as a valuable natural and economic resource, and are known for issues of instability and increased erosion causing an impact on water quality, and unsafe traffic access.”

The Planning Commission also recommends rejection of the ZOAG proposal for use of a minor special exception.

To open up these environmentally fragile areas to a broad range of possible new uses which could significantly increase the land disturbance and development impact would be a serious mistake.

Further, this is not an appropriate use of a “minor special exception.” A special exception is related to uses which may be permitted in a zoning district, if listed in the district’s permitted uses only (not permitted elsewhere in a Zoning Ordinance) only upon a showing that such use in a specific location will comply with all conditions and standards specified in the zoning ordinance and/or imposed by the Board of Supervisors. The proposal to “add uses that are not included under the permitted uses list within Very Steep Slope Areas” through minor special exceptions will set a very dangerous precedent.

The proposed use of Minor Special Exceptions to allow developers to override any of the development standards in Very Steep Slope Areas has the potential to undermine the entire integrity of the Steep Slope standards. It would place the burden upon the County Staff to defend the standards by researching the engineering and environmental implications of whatever proposal a developer wishes to make and to educate the Board of Supervisors on each request.

The Staff opposes this proposal as follows: “The draft text proposed by ZOAG is not consistent with the Revised General Plan…which seeks to limit environmental impacts by prohibiting land disturbance on Very Steep Slopes. Adding to the ability to modify the performance standards could increase development and land disturbance in areas that are recognized as a valuable natural, and economic resource, and are known for issues of instability, increased erosion, causing an impact on water quality, and unsafe traffic access.”

The Staff also raises the vital point that if this ZOAG proposal is adopted there is no review criteria that can be used for evaluating a modification request.

The Planning Commission recommendation for the use of a full Special Exception is more responsible than the ZOAG proposal, but there is already a vehicle for resolving these kind of issues and that is through referral to the Board of Zoning Adjustment. There is no need to bog down the work of the Board of Supervisors with this type of issue.

Do Not Allow the Increase in Steep Slope Area

We oppose enlarging the exempt area from 5,000 sq ft to 10,000 sq ft because it will avoid staff review of potential environmentally significant features. The proposed area which could be 20 feet by 500 feet is too large to not be subject to very steep slope standards. A grading permit is required for any proposed land disturbance over 5,000 square feet and this should remain the trigger for very steep slope staff review.

If adopted it would open up 705 acres of Very Steep Slope Area for potential development and impact 653 properties in Western Loudoun.

The General Plan’s prohibition on land disturbance on very steep slopes is clear, to permit the doubling of the area exemption, as proposed, is a violation of General Plan policies.

The proposed changes in the Development Standards need careful review as some are useful and appropriate while others weaken existing regulations and potentially open up steep slopes for increased development. We support the deletion of many detailed regulations which have made staff reviews difficult to conduct. Nonetheless we are concerned by the following:

These changes are not consistent with the Revised General Plan, Chapter 5, Steep Slopes and Moderately Steep Slopes policies as this would increase development and land disturbance in areas recognized for their fragile environmental characteristics.

Those changes which increase the development potential on Steep Slopes should be REJECTED by the Board of Supervisors as they violate the General Plan, have negative economic and environmental impacts and lead to potential adverse impacts on the public health, safety, and welfare. 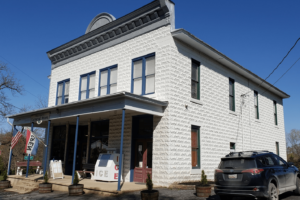